she needed a seahawks shirt

Have you noticed my undying devotion to the Seattle Seahawks? For as long as I can remember, cheering on my home team has been a weekly tradition. I love the fall for the pretty colors and cozy moments, but most of all, I love the fall because it’s football season.

This year is particularly fun to be a seahawks fan because 1. they are really good and 2. my kids are old enough to watch, understand and be excited about the games. The boys, especially, have become big fans wearing their Lynch jerseys every other day and collecting football cards putting the seahawks players in the prime front pockets of their binders.

Since her brothers are into it, naturally, Audrey wanted in on the seahawks action as well. So she asked for a shirt. Here’s a hint to whoever is designing NFL team gear: you are missing a huge market in the children’s clothing area. The selection is just not that great. All I wanted was a simple tshirt with a logo and came up empty handed.

And so, I made one myself {probably breaking some sort of copyright laws in the process}.

It was pretty easy and cost less than $10 and turned out super cute.

TSHIRT // this one is from target, is soft and fits great.

TEMPLATE // I googled ‘seahawks logo’, found one I liked and opened it in Illustrator. Then I resized to get it just right for the shirt and printed. By cutting out the different pieces, they became patterns to use for the four fabrics.

FABRIC // this only took a tiny bit of fabric, so I searched through my scraps until I found the right colors/patterns.

The most difficult part was cutting all the details. Some team logos are probably easier than others, but it really was just a matter of precise cutting.

Once the fabric was cut out, I layered it in the correct places and stitched around the perimeter, leaving a very small border that will fray with washing. I could have {and probably should have} used an iron-on transfer paper to hold everything in place before stitching {see how to do that here}, but I did not.

Didn’t it turn out cute?! Best of all, Audrey loves it.

39 thoughts on “she needed a seahawks shirt” 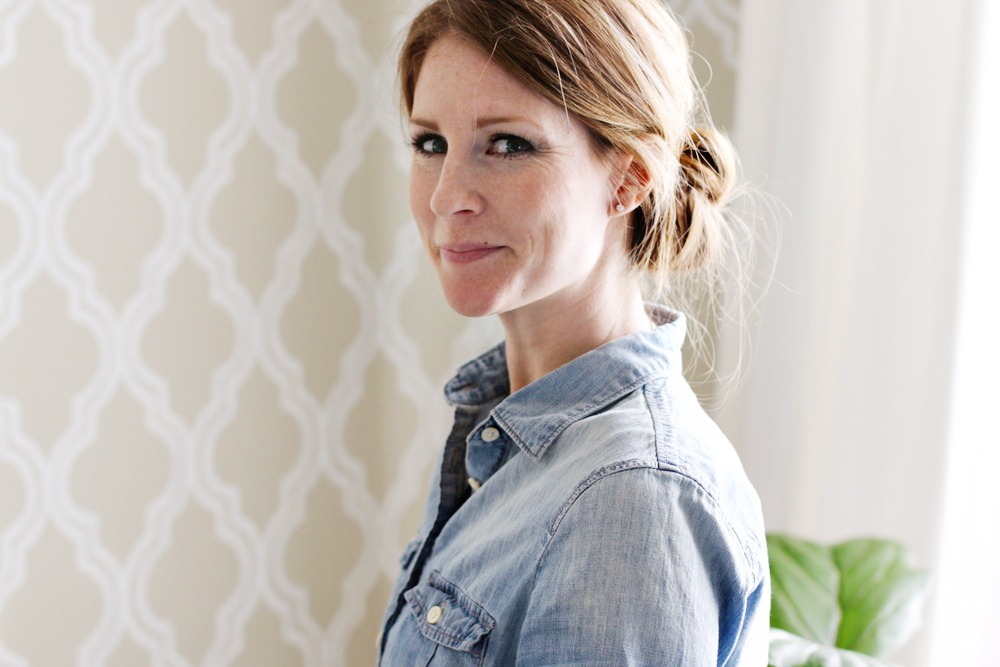